Coaches will work with players and focus on any specific needs.

TO SCHEDULE or cancel:

or fill out the form below for more information 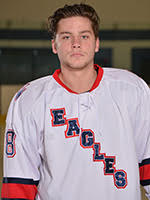 Clay is Murrysville Sportzone’s hockey director. He has a wide range of experience in all forms of hockey and hockey specific training. Clay played youth hockey for the Allegheny Badgers and Inferno inline hockey where he made multiple national championship appearances. Clay has won NARCH regionals and was deemed the regional high scorer for the tournament. After youth hockey he went on to play Junior “A” hockey in New Hampshire for the New England Wolves. He was coached by Ed Harding. Harding has coached in the AHL, ECHL, NCAA, and has won a championship in the QMJHL, with former Pittsburgh Penguin David Perron. After playing and learning from Harding, Clay stayed in New Hampshire to play NCAA III hockey for Daniel Webster College, after his sophomore year he transferred home to play NCAA III for the newly established Chatham University men's ice hockey team. 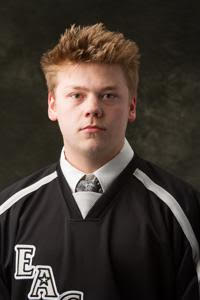 Collin spent his youth hockey playing for a local AAA team the Pittsburgh Selects under coach Elaine Lemieux. His last year with the team Collin averaged a point per game at the AAA level. After playing for Elaine Lemieux he moved to Boston to play Junior “A” for the Bay State Breakers. After a year in Boston Collin moved to NC to play for the Carolina Eagles, where he finished his junior hockey eligibility. Collin’s goal is to spread his knowledge of the sport to younger players in order to help the growth of hockey in Pittsburgh.